The 2010 Inter-Congress of the International Union of Anthropological and Ethnological Sciences took place in Antalya-Belek, Turkey, on October 3-6, 2010. It was organized by Ahi Evran University in conjunction with TUBİTAK (The Scientific and Technological Research Council of Turkey). It was a great honor and privilege for us to organize Turkey‘s first international anthropology and ethnology conference and we look forward to the challenge of reward of doing so with IUAES in the future. The theme of the conference, "From the Crossroads of Civilizations: Understanding Cultural Diversity to Connect Societies," centered on the realization of the expansive reach of modern anthropological research and its ability to offer insight into and solutions to human problems. As Turkey, represents both a geographical bridge between three continents and a historical meeting point of numerous civilizations, we felt that this topic would best suit the proportions of the first international anthropological conference in the country. The opportunity to and host eminent academics and researchers from all corners of the globe brought obvious benefits to all participants as well as, we believe, brought positive advances for Turkish anthropology and ethnology. Assembling the local scientific committee presented a great opportunity for the selected academicians from universities all over Turkey to collaborate. Many sessions, in addition to local chairs, had international co-chairs including IUAES members and non-members. With 16 sessions ranging over a variety of topics: from human evolution, enterprise anthropology, philosophy and anthropology, urban anthropology, Middle East regional issues, environmental sustainability, and globalization to identity, human rights, gender, and migration; the scope of material presented paralleled the diversity of issues that anthropological and ethnological sciences encompass. The scientific program consisted of paper presentations, a film showing, IUAES committee meetings, and other organizational meetings. As a supplement to the organized sessions, the social program consisted of a welcome cocktail, a final gala dinner, and a guided tour around historic areas in Antalya arranged by the inter-congress organizing committee. The inter-congress fostered a unique opportunity for colleagues to share academically and socially. During the various panels and presentations as well as the at the dinner table the networking and sharing fostered by bringing together international academics from diverse areas of the discipline provided a rewarding conference for all. 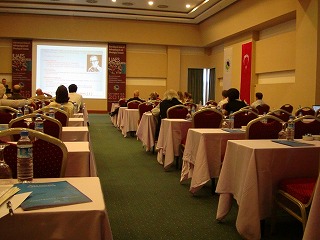 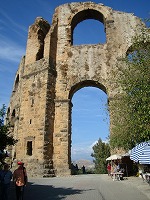