Call for Papers: World on the Move: Migration & Communication

Call for Reviewers – Human Organization. Journal of the Society for Applied Anthropology 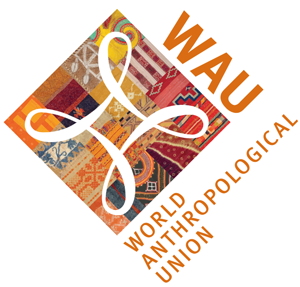 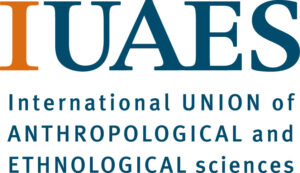 The IUAES 2021 Yucatan Conference, organized by Victoria Chenaut, will take place this coming November of 2021, from the 9th to the 13th. It was originally planned as an all-presential event, which we expected would bring hundreds of anthropologists from around the world to the city of Merida, in the Mexican state of Yucatan, but the Covid 19 pandemic has made us transfer it all to the worldwide web. Still, now it is poised to be a great festival of the anthropological disciplines. IUAES is the largest association of anthropologists in the world, and it includes members from the four main fields anthropological disciplines: anthropology (including physical anthropology), ethnology, archaeology and linguistics. This is only the second IUAES congress celebrated in Mexico, where in 1993 Lourdes Arizpe, the first woman to become President of IUAES, organized an International Congress of Anthropological and Ethnological Sciences in Mexico City (for additional information on IUAES and on past and future conferences, please visit the IUAES site at https://www.waunet.org/iuaes/).

The city of Merida

Professor Chenaut chose the city of Merida because of the importance that the Yucatan peninsula has had in the development of anthropology and archaeology in the world, and because Merida is considered one of the most beautiful and hospitable cities of Mexico, offering first-rate services and a relaxed atmosphere. One of the main sites of the ancient Maya civilization, the Yucatecan peninsula continues to attract anthropologists through the generations, who build on the legacy left by eminent archaeologists and anthropologists of the past, both Mexican and foreigner, such as Robert Redfield, Alfonso Villa Rojas and Alfredo Barrera Vázquez. The city of Merida continues to be the undisputed cultural capital of the region. The waters of the Gulf of Mexico, an extension of the Caribbean Sea, joined Merida with Havana and the rest of the Caribbean region until well into the 20th century. Ships effectively connected, while separating, the peninsula with other ports of Mexico and the world, so that a cosmopolitan but unique regional culture emerged, including powerful and oppressive hacienda plantations where sisal fibers were grown and processed for export.

Today, the haciendas are gone, but the air of remoteness can still be felt in the unique Yucatecan Spanish and Maya languages, even if the national culture of Mexico already pervades most aspects of local everyday life. Something different in Yucatan from what happened in the rest of Mexico was that the Spanish conquistadors learned and communicated in the regional Maya language, and bilingualism was an extended, everyday reality in both the cities and the countryside. This custom persisted until the 1970s, so even today Yucatecan Spanish, in Merida and in all Yucatecan cities and towns, is full of Maya accents and words. Today, many people are bilingual in Maya and Spanish across the peninsula of Yucatan, and there are bilingual colleges such as the Universidad Intercultural Maya de Quintana Roo and Universidad de Oriente in Yucatan, where many classes are taught entirely in Maya. In Merida, this rich heritage combining cosmopolitanism with a regional outlook is evident in the arts and the music, and in the flavors that have made the city an international gastronomy destination.

The organizing committee chose the theme of heritage because in the Yucatan peninsula the past is seen as having held many of the reasons for the present, and is expected to hold gifts, continuity, and solutions for the future. Instead of thinking of heritage as a set of bureaucratic conventions to protect buildings, material things, festivities, and ways of doing things, as enshrined by UNESCO and other world agencies, IUAES Yucatan 2021 calls on anthropologists to re-think the notion of heritage as encompassing natural, cultural and material realms of the everyday, and of humans as only one of the species populating the earth. In this formulation, the future should also be seen as part of humanity’s heritage. Besides this major theme, IUAES Yucatan 2021 invites anthropologists to present their work in all fields of our discipline, including the applied and engaged forms and modalities.

The icons chosen for the website of the conference speak to different aspects of Yucatecan culture:

The confidente (love seat) benches dotting Yucatan’s parks and plazas are said to bring about frank and honest conversation, and in the 19th century they were thought to lend a sense of comfort and luxury that could replicate feelings of being indoors while enjoying public spaces. 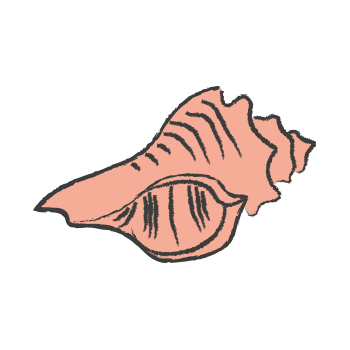 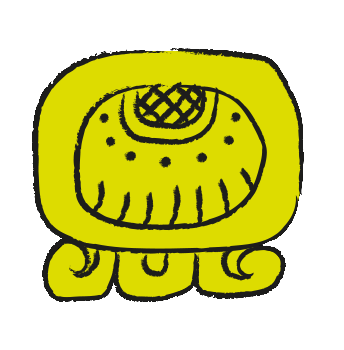 The seashell was a symbol of wealth and the sacred world among the Maya, and it was associated with the labyrinth connecting the material and the spiritual worlds; on the coasts of the Yucatan peninsula seashells are still used as decorative items and sometimes also as musical instruments.

The Maya glyph for water was chosen as representing the immense water table running below the surface in Yucatan, which in the form of cenotes (underground wells in caves) has supported life since before the Spanish conquest, as well as representing the rain, which during ancient Maya and early Spanish occupation was collected in large stone or ceramic buildings still locally known as aljibes, and the sea waters washing the Yucatecan shores. 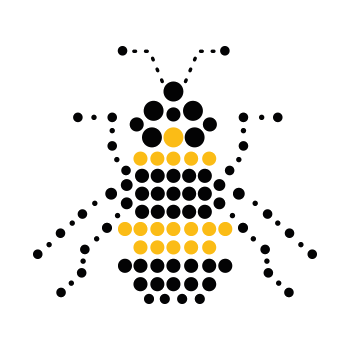 Finally, a most important icon or the 2021 IUAES Yucatan Congress site features a bee. Bees are key in the renewal of life, and the Yucatan peninsula is one of the main sites for the production of honey and wax in Mexico. Beekeeping is a crucial activity for many Yucatecan families, not only because they harvest the honey and wax produced by the insect colonies, but also because they are foremost important agents in the renewal of the local vegetation, including the flowers that make Yucatecan honey so unique in flavor and texture.

Bees are endangered in Yucatan because industrial agriculture, cattle ranching, soil contamination by pesticides, hurricanes and drought decimate them. Because of this, much political representation of NGOs fighting for the support to bees and the families that keep them has characterized life in Yucatan throughout the 21st century.

Participate in the IUAES Yucatan 2021 Congress!

We have accepted 103 themed symposia, 23 round tables and the screening of 21 ethnographic films. We encourage anthropologists to explore the program and to register at https://www.iuaes2021yucatan.org. In times of covid- 19 we may stay apart presentially, but our collective thinking and discussions are among the most precious ways for all of us as citizens of the academic world, and especially of the world of anthropology. Because of the covid 19 contingency, we know that many people, anthropologists included, are going through difficult financial times. We have some financial support available and encourage students, recent graduates, single mothers, and underemployed anthropologists to consider applying for aid if needed. We want the IUAES Yucatan 2021 Congress to be a highly inclusive, worldwide celebration of anthropology, and a forum to explore and voice the possible futures we can envision and begin building for the continued relevance of our skills and our discipline. Come and participate! We need all the anthropological voices, and all the possible roadmaps for the upcoming trying times in which we hope anthropology can help and contribute to carry-on all that is important, as heritage for ourselves and for the places we inhabit and where we do our research.